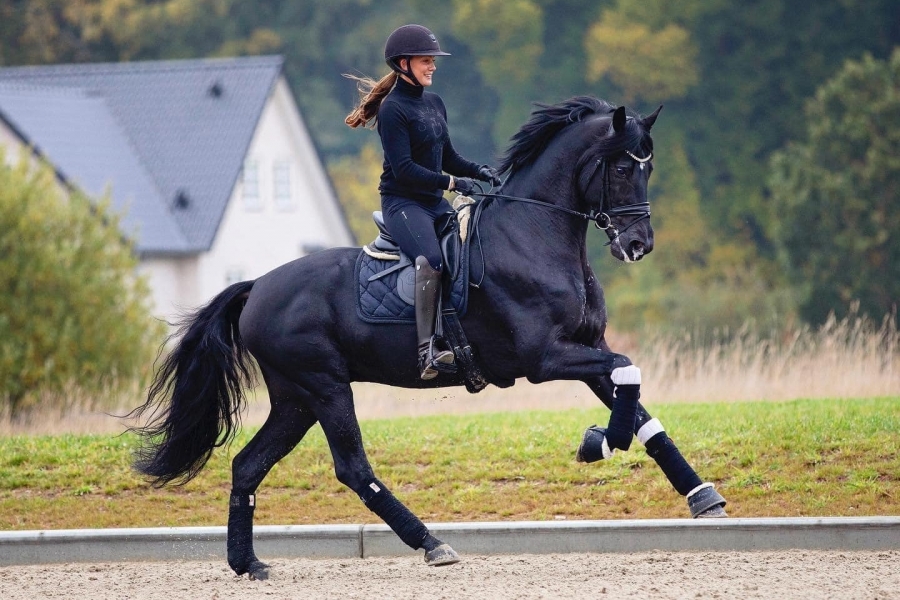 The news came on Sunday, when the young Annabella Pidgley was making her international debut with Gio at the CDI 3* in Kronenberg: the Iron stallion died of a twisted testicle.

Tragic destiny for the stallion

A young prodigy born to Danish breeder Michelle Vicki Nedergaard, Iron had everything to reach the top level. Reserve champion of his approval in the Oldenburg studbook with a score of 894.5 points and a canter mark of 9.0, he was only ridden and presented a few times by the rider Mette Sejbjerg Jensen in 2022. The plan for the 2023 season was to put breeding on hold and concentrate on the stallion's sporting career.

Hard blow for the Pidgley family and Cathrine Dufour

Recently purchased by the Pidgley family from his previous owner Andreas Helgstrand, Iron had a bright sporting future as he continued his development towards the top level in Denmark with rider Cathrine Dufour. The initial plan was for the stallion to be trained by the Danish rider to the highest level and then to join the British stables of the Pidgley family to be ridden by Annabella, who is just 17 years old. Unfortunately, the incident that occurred on the first weekend of December 2022 put an end to these beautiful sporting projects.