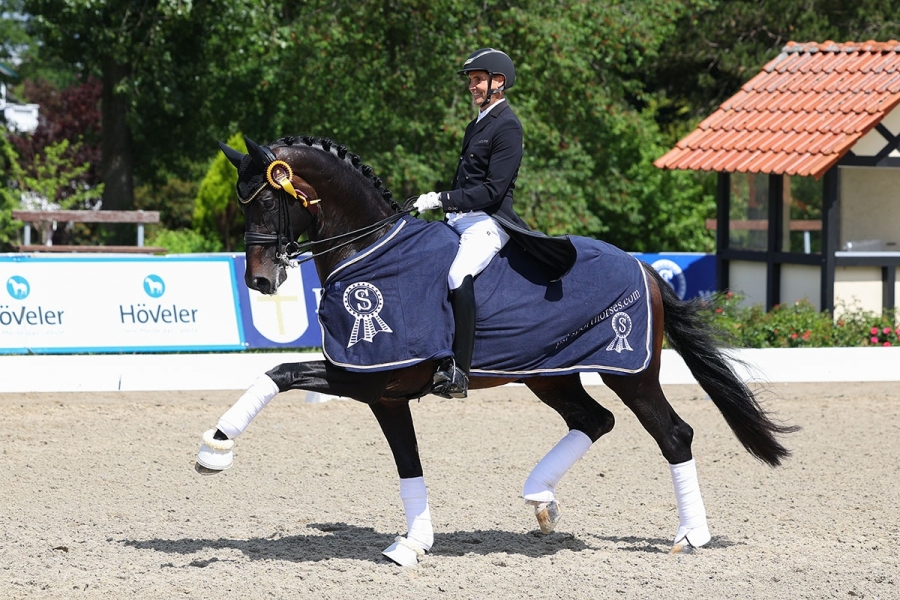 At the beginning of the week at the CDI 3* in Hagen, the couple formed by Jovian and Andreas Helgstrand won two more times: in the Grand Prix, in front of no less than 40 couples at the start, and in the Grand Prix Special.

The eight year old dressage stallion (by Apache x Tango) once again showed his talent at the beginning of the week. On Monday morning, in the Grand Prix, he won with a score of 76.348%. He repeated his performance the next day in the Grand Prix Special (the second of his young career) with another victory in a repeat performance rated at 76.319%.

With a breathtaking trot and canter, the bay won over the judges despite a few imperfections in the collected movements and in particular the piaffe and canter pirouettes, which could still be improved. The Danish pair remains unbeaten in the last seven internationals they have taken part in. The next international event for the stallion is the CHIO in Aachen at the end of June.