The Blue Hors stallion Don Olymbrio is back in competition! 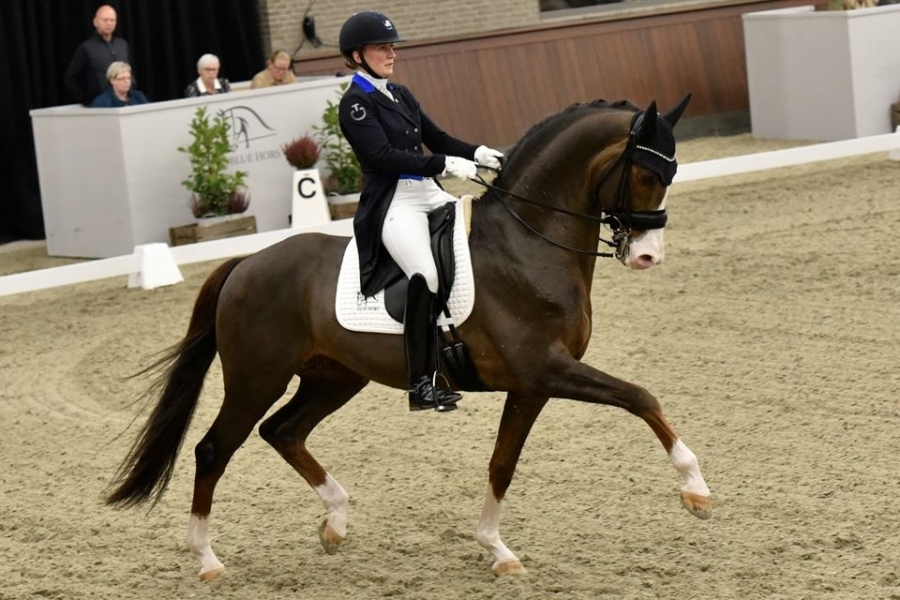 After a few years of discretion, the time has come for the 14 year old dressage stallion to come back to the show. He will compete in the CDI 3* in Randbol, from 10 to 13 November, under the saddle of Danish rider Nanna Merrald Rasmussen.

A successful start to his sporting career

Blue Hors Don Olymbrio has a dream pedigree: he is a son of Jazz with a dam by Ferro. He obtained successfully his licensing in Herning in 2011 and passed his performance test with 809 points. He was offered the title of Elite Stallion by the DWB studbook in 2016, at the age of 9. The chestnut stallion made his international Grand Prix debut in 2017 and, among other things, finished 4th in the Danish National Championship that same year. He also helped the Danish team to reach a 4th place in the Nations Cup in Aachen under Daniel Bachmann Andersen in 2019.

Blue Hors Don Olymbrio, while he has been quiet on the international scene recently, is already well known as a sire: among his offspring are 10 approved stallion sons, including the well-known Olympus, from Celle's National Stud, Germany. He has also produced numerous medal-winning mares. Don Olymbrio's daughters include Remember Me, who was named filly of the year at the Danish Warmblood Elite Show in 2018, and who was sold to an international Grand Prix rider for €80,000.

Follow the competition at Randbol in a few days time to see the stallion again!