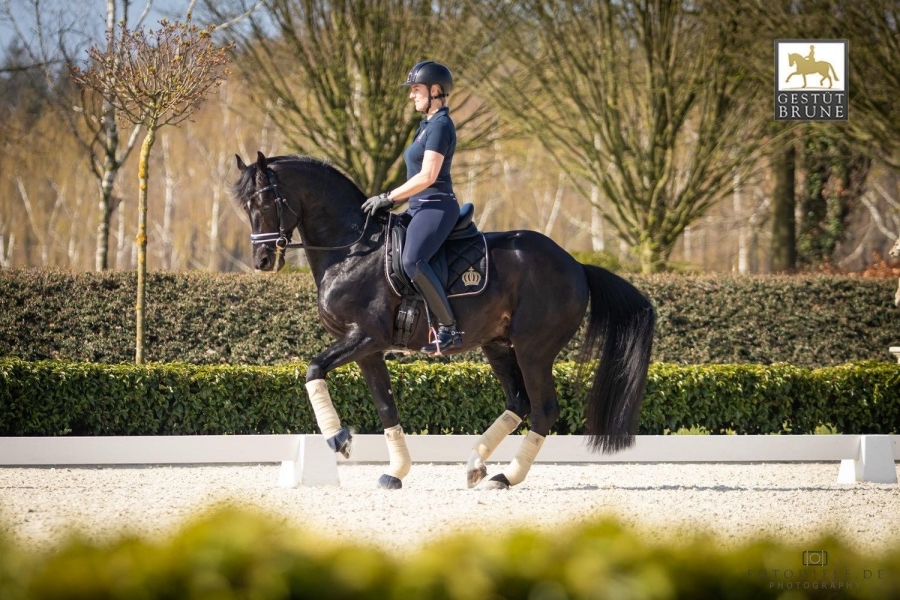 The son of dressage legend Totilas, Tolegro, previously owned by international rider Bernadette Brune, has left Germany for Canada and more specifically Canadream Farm, Ontario. The approved stallion will be stationed at MJ Proulx, and will be available to North American mares in fresh semen for the upcoming breeding season.

Tolegro, by Totilas and Tewri (Krack C x Ferro), is an 11 year old KWPN stallion who has attracted breeders with his gaits, model and charisma.

Spotted by his rider as a foal, Tolegro was approved at Vechta's Oldenburg Stallion Approval in 2013 and passed his 30-day test in Schlieckau the following year.

Under the saddle of Bernadette Brune, the dressage stallion started the St-Georges level with scores of 69%, and is easily learning the Grand Prix movements. His facility in collected exercises, such as the piaffe and pirouette, is reminiscent of his sire Totilas.