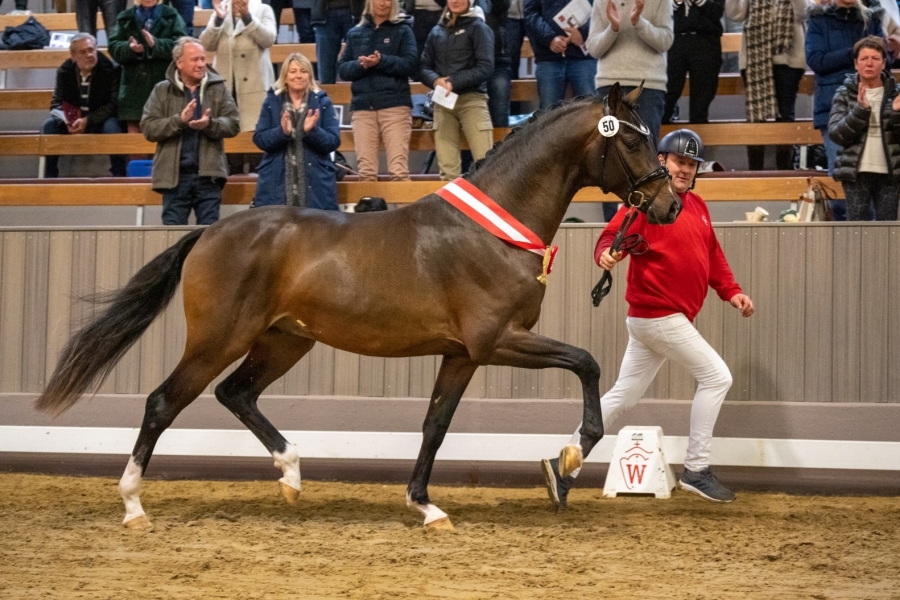 On Monday 5 November 2022, the approval and auction of the Westphalian studbook stallions took place in Munster-Handorf, Germany. In total, no less than 55 two-year-old males were presented. Amongst these, 37 were approved. The champion of this edition is a son of Viva Gold with a dam by Fidertanz. Among the 13 Premium stallions, 8 were offered for sale.

Great fight for the approval Champion

The buyers were very motivated by the Champion, a son of Viva Gold x Fidertanz, as he was sold for €1,200,000 to none other than Andreas Helgstrand, after a tough battle with Denmark's Blue Horses and the Dutch Reesink Horses.

Viva Gold, the sire of the champion, is a 6-year-old stallion who has not (yet) made a name for himself in the sport but has already had a successful breeding career, as proven by the approval of his 5 foals (aged 2 in 2022) presented at Munster-Handorf this year.

The second best price of the evening was a young stallion  by Lord Europe x Don Frederic, born at Wieghaus-Vorwerk and originally owned by Gestut Schafhof. Sold for €401,000, the young stallion should be ridden by a Thai rider.

The fourth best stallion of the approval, the son of Escamillo found a buyer in Germany for the sum of 362,000€. The Willers-Moritzer bred stallion was offered for sale by Norbert Weiss.

Click on this link to find the full approval results.