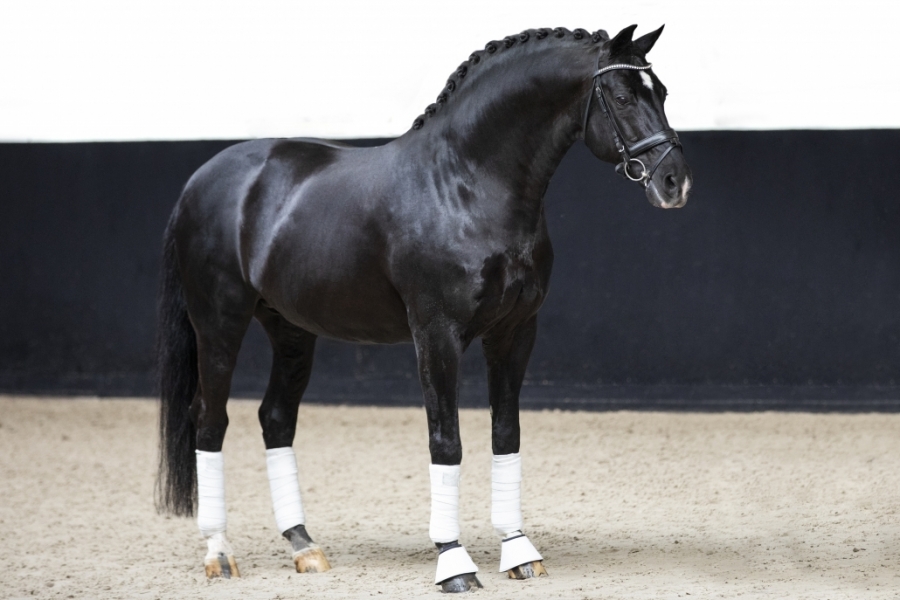 Negro (Ferro x Variant) is one of those stallions that have made their mark on the international dressage discipline with a remarkable record of success and incredible offspring.

The black stallion has been successful on national and international tracks since he was very young: at 5 and then 6 years old, he won the Zwolle stallion competition twice. In Verden in 2001 he was the best KWPN at the World Championship for 6-year-olds. The very good son of Ferro continued his development on the small tour and won 3 out of 4 shows. An injury suddenly put an end to his sporting career shortly after a more than promising start on the Big Tour.

However, his offspring continued to make a name for themselves and he was voted Stallion of the Year by the KWPN Stud-Book in 2017. His son Valegro, to mention only him, has won everything: gold medals at the London and Rio Olympic Games, the title of European Champion, World Champion, an unequalled number of Grand Prix victories... He is followed by another of his sons, the stallion Kjento who, at only 7 years old, has made a name for himself: First Champion of the KWPN Stud-Book approval with an impressive total of 90 points, then Reserve Champion of the Pavo Cup, he offers himself his most beautiful title in 2021 by becoming World Champion of the 6 years old, with the marks of 94% in the preliminary round and 96% in the final!

50% of his offspring are competing in dressage with numerous international placings. Among them: Nintendo, Alfranco, Vorst, Unico G, Numerto and many others!