Dressage stallion Glamourdale on top of the world in Herning! 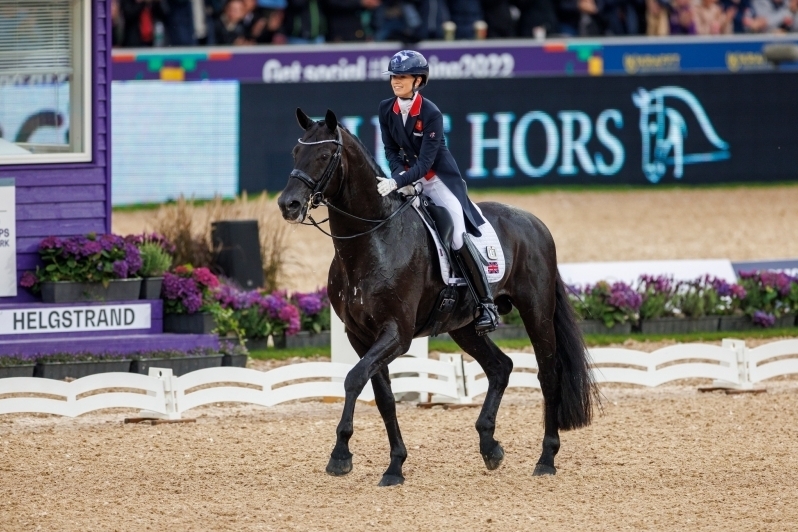 The World Dressage Championships ended last week in Herning, Denmark, with the British pair of Charlotte Fry and the stallion Glamourdale being crowned twice.

If the victory of the Grand Prix went to the Danish rider Cathrine Dufour and the son of Vitalis, Vamos Amigos, the duo Charlotte Fry - Glamourdale offered a great show and gave a lot of hope to their supporters for the rest of the competition. With a final score of 80.838%, the black stallion allowed the British team, composed of Charlotte Dujardin and Imhotep (77.407%), Gareth Hughes and Classic Briolinca (75.978%), and Richard Davison and Bubblingh (68.851%), to climb to the second step of the podium.

The consecration on the Grand Prix Spécial

Although they were the public's favourites after their performance in the Grand Prix the day before, the 7-year old ex-World Champion and the rider from Van Olst stables showed the judges the full extent of their talent. Despite some hesitations in the piaffe and a complicated canter start, the pair finished their Grand Prix Special with a score of 82.508% and thus won their first World Championship title.

The double in the Freestyle

Glamourdale entered a new dimension in this last act of the World Championships in Herning. Indeed, the British couple beat their record by far by finishing their Freestyle with 90.654%, ahead of, once again, the Danish Cathrine Dufour and Vamos Amigos (89.411%).

A promising  championship for the future career of the stallion who is only 11 years old! You can find Glamourdale's file on www.foalr.com by clicking here.